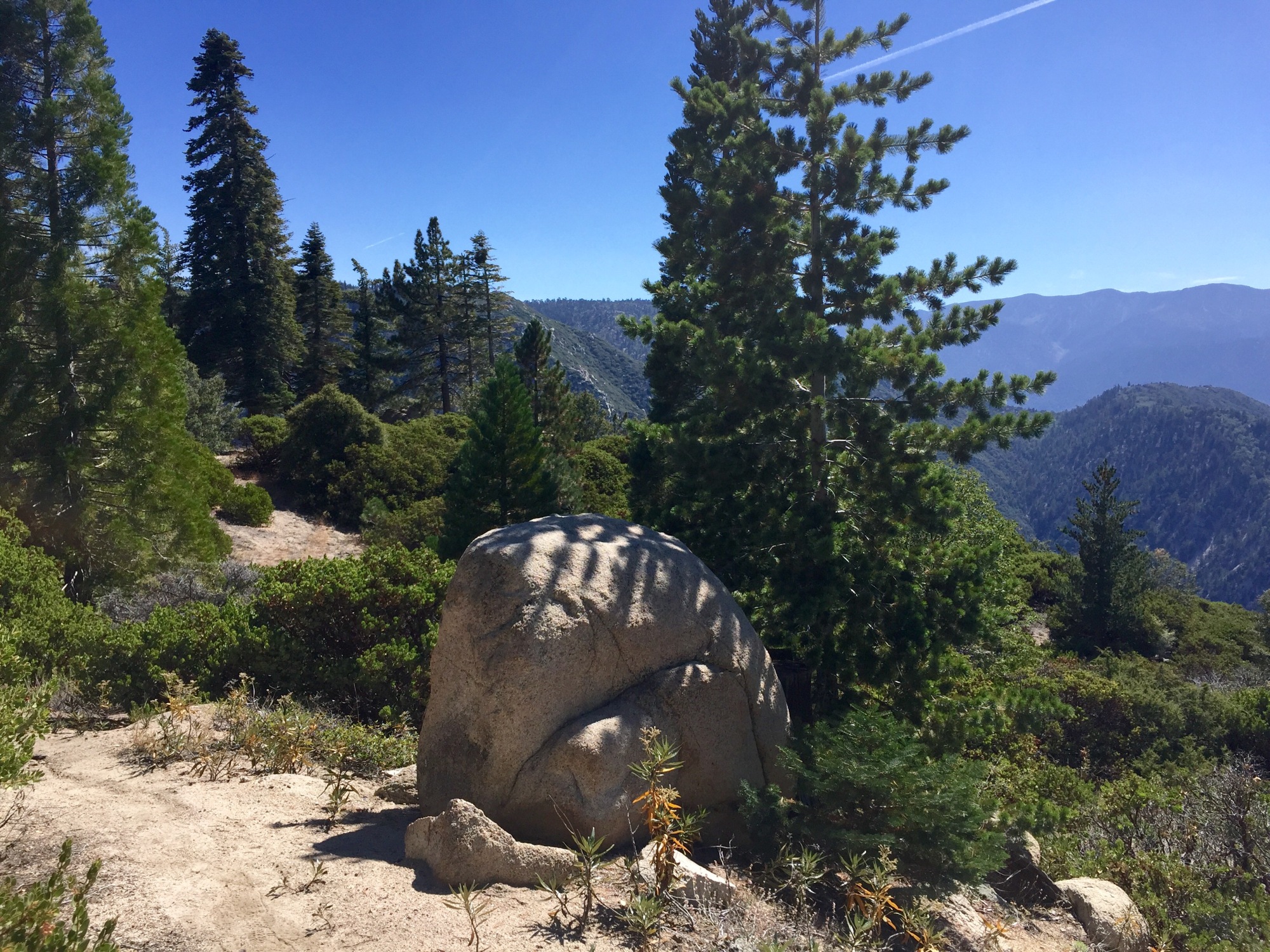 I was so excited to get back up to Big Bear. If you remember last year, I had planned on running the Kodiak 100 to avenge my DNF at the San Diego 100. Well, a year later (and WISER!), I realized how glad I was that didn’t happen, because Kodiak would have eaten me alive.

The facts are the Kodiak races are incredibly challenging – and in looking back, I can honestly say I wouldn’t have been ready. I needed another year of experience under my belt. And now I had it.

I went to Big Bear last year to train for a weekend, but this was going to be C’s first time up here. I was excited for her to experience the mountains.

We arrived early Friday afternoon, checked in at the race headquarters and walked around talking to several of the vendors who were there at the expo. CarboPro, Altra, Orange Mud, Clif Bar, Feed the Machine, and more were all in attendance – as well as members of the Tarahumara who were selling homemade items to help raise money for their families and to cover race expenses. I spent some time talking with a few of them and ended up buying a pair of authentic, homemade running sandals from them. They are amazing and I have them displayed on my “running wall” at home.

The 50-mile race started on the north side of the lake at the Hana Flats aid station. C drove me around the lake to the start, and after hanging around for about 20 minutes, we were off. I knew even before the race started that the elevation would be a factor for me (the majority of the race is run at 7,000 feet or higher). Knowing this, I planned to settle into a consistent, controlled pace and pay close attention to how I was feeling. As we ran, runners were greeted by an unbelievable sunrise over Big Bear Lake.

I knew right then that the race was going to be a good one.

The first 15 miles went very smooth. I stayed conscious of my breathing and settled in to enjoy the views. By the time I got to Snow Valley Aid Station, I was feeling still feeling good and a bit ahead of schedule. Having CarboPro at all of the aid stations was a huge win, since that is what I normally train with.

I refueled and headed out from Snow Valley and toward what I had heard over and over was the crux of the course: Siberia Creek Canyon. Needless to say, it lived up to the hype.

After descending into the canyon and reaching the bottom, runners passed through an aid station before beginning the long, 3,000-foot climb up the other side.

As beautiful as it was, the climb out WENT. ON. FORVER!

Once out of the canyon, I arrived at Champion Aid. My climbing had been efficient and controlled, so I was still feeling strong. But things were about to get even better because we were about to run on one of my favorite sections of single track: The Skyline Trail.

As the sun fades away

The views from the Skyline Trail were absolutely unreal. And the fact that it was sunset made for some views that will be with me for a lifetime. My phone was dead by this point so I didn’t get any pictures – but in retrospect, it was better that way. I ran in silence and just took it all in. And it was perfect.

As darkness settled in, so did an increased level of pain and discomfort … but that was a small price to pay for an incredibly scenic race.

I crossed the finish line in 14:58 (38/54) and felt great about it. This was my first time running a true “mountain ultra” … and I must admit, I loved it. The prolonged altitude and steep climbs were the price of admission to experience the picturesque views and run on the alpine-infused single track. A price that I’d happily pay again for a similar experience.

Definitely a top-notch race and memorable weekend in the mountains.